There are a consultant staff of 7 full time specialists and 2 part time. There are 6 registrar posts filled at present and a varying number of supernumary trainees.

The Department was founded in 1955 when the Professor of Surgery, Prof. A. Kark appointed Mr. Ivan Barnet who had thoracic training at the Brompton Hospital and at Baylor University with Prof. de Bakey to open the Unit at Wentworth Hospital.

The original department was established as one ward at Wentworth with the Dept. also covering sessions at King George V Hospital (now King Dinizulu Hospital, and consultations at King Edward IIIV and Addington Hospitals. Mr. Stemmler joined him in 1959 and a service both in Thoracic Surgery and closed mitral valve surgery was by then, well established. In 1962, a “coloured” ward was opened at the request of Mr. Stemmler, becoming the first such ward at a “European Hospital”. Open Heart surgery followed starting in 1963. After early success with ASD’s, a repair of a girl with Tetralogy of Fallot was complicated by the use of early heart lung equipment (a Melrose Pump) which produced excessive foaming and probable micro-emboli. The child did not recover. After an inquiry led by Prof. Christiaan Barnard from Groote Schuur, the department was given a firm recommendation to continue. 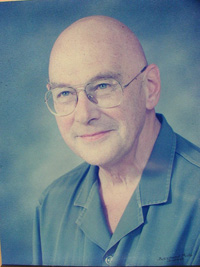 Shortly after this Mr. Ben le Roux was appointed from his post in Edinburgh as a full time Cardiothoracic Surgeon. Prof. Le Roux with his analytical mind, prodigious output of medical literature and great dedication established Wentworth Hospital as one of the world’s leading Thoracic Surgical centres during the 1970’s and 1980’s. He retired as head of department on 31.12.1989 and continued to work part time until 1993

On July 12th 2003, the Department left Wentworth where it had been for over 40 years and moved to The Inkhosi Albert Luthuli Central Hospital in Cato Manor. The Department is now established firmly in its new home with separate Cardiac Surgical and Thoracic surgical wards with paediatric beds in a shared ward and its own dedicated ICU using 8 beds. It has 2 Cardiac and 1 Thoracic Operating Theatre.

At the newly revamped King Dinizulu Hospital (previously the King George V Hospital) it has a 30 bedded ward and a dedicated Thoracic Surgical Operating Theatre. King Dinizulu Hospital contains the major TB unit for KZN. Many of its patients have resistant TB either MDR or XDR. Because of this the service offers surgery for resection of otherwise untreatable tuberculosis as well as other TB complications such as resection of destroyed lungs with bronchiectasis and for the complication of haemoptysis