Welcome to the discipline of Cardiothoracic Surgery 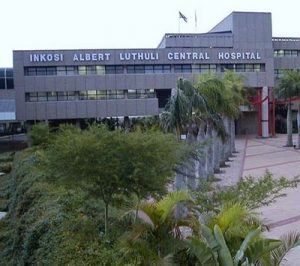 This University Department provides the Provincial Cardiothoracic Surgical service for KwaZulu-Natal, Cape, one of the nine provinces of South Africa as well as the eastern portion of the Eastern Cape. This covers a combined population of over 10,000,000. Although Durban is the second largest city in the country, this province is predominantly rural. Large numbers of the population survive on subsistence farming. Durban is the largest port in Africa with a large industrial base. The department is situated at Inkhosi Albert Luthuli Central Hospital with additional beds at King George V hospital. The department was started In Wentworth hospital and moved to IALCH on 12th July 2003.

No event found!
View All Events