This University Department provides the Provincial Cardiothoracic Surgical service for KwaZulu-Natal, Cape, one of the nine provinces of South Africa as well as the eastern portion of the Eastern Cape. This covers a combined population of over 10,000,000. Although Durban is the second largest city in the country, this province is predominantly rural. Large numbers of the population survive on subsistence farming. Durban is the largest port in Africa with a large industrial base. The department is situated at Inkhosi Albert Luthuli Central Hospital with additional beds at King George V hospital. The department was started In Wentworth hospital and moved to IALCH on 12th July 2003. 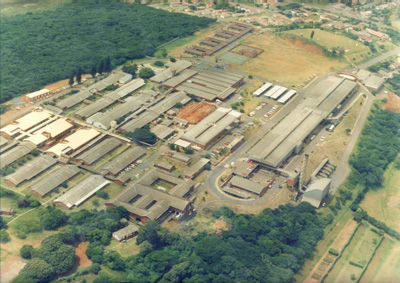 The patient population served by the department is largely indigent and underprivileged. In Thoracic Surgery the disease profile is of inflammatory lung disease, particularly the complications of Tuberculosis such as bronchiectasis and haemoptysis as well as empyema and HIV. There is a large amount of malignant disease, particularly oesophageal carcinoma which is treated at King George V Hospital and at King Edward VIII Hospital, referrals being on an alternate weekly basis. The department also deals with the complications of thoracic and oesophageal trauma on a tertiary referral basis. The incidence of HIV is at alarmingly high levels with an incidence approaching 30% in certain areas of the province. This has a significant effect on the work of the department.

The adult cardiac workload is equally split between ischaemic heart disease and valvular disease. Paediatric cardiac surgery is mainly for congenital work but there is also a significant amount of surgery for rheumatic valve disease. The department performed 644 open cardiac procedures in 1997, however this dropped due to budgetary constraints to 451 in 1998 and we were able to perform approximately 14-16 open heart cases per week again by 2000. In 2001 the Cardiac Theatres and Cardiac ICU Air-Conditioning and wiring were renewed. Despite this we were able to perform over 600 open and closed cardiac cases for the year using the Thoracic Theatre.

Since our move to Inkosi Albert Luthuli Central Hospital in 2003, we have been further able to increase adult cardiac surgery to over 600 cases per year by 2006 and with a constant number of operations for congenital heart disease staying at around 150. 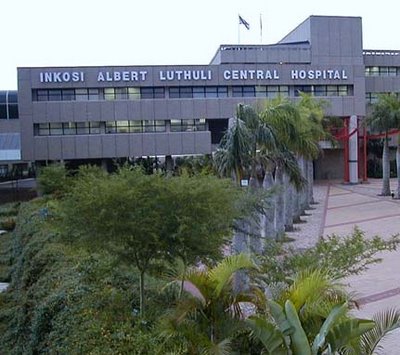 The Departmental medical staff consists of 6 full-time and 3 part-time consultants, 7 registrars training in Cardiothoracic Surgery and a supernumary training registrar in post. There is also a rotating registrar from general Surgery There is a University secretary, a typist and a filing clerk working in the departmental offices between IALCH and King George V Hospital.

The Department also trains clinical technologists in the speciality of Perfusion. This is under the guidance of the M L Sultan Technicon, also situated in Durban. This is now completed by obtaining a degree in Clinical Technology (B.Tech) following an intial diploma. There are 8 qualified perfusionists.